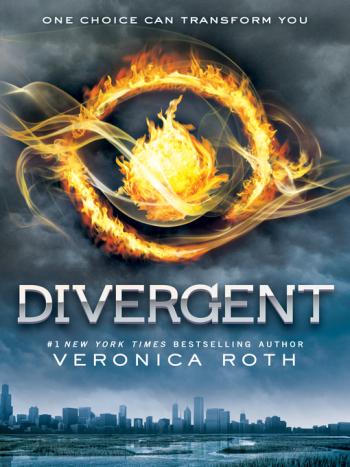 This first book in Veronica Roth's #1 New York Times bestselling Divergent series of books is the novel the inspired the major motion picture starring Shailene Woodley, Theo James, and Kate Winslet. This dystopian series set in a futuristic Chicago has captured the hearts of millions of teen and adult readers.

Perfect for fans of the Hunger Games and Maze Runner series, Divergent and its sequels, Insurgent and Allegiant, are the gripping story of a dystopian world transformed by courage, self-sacrifice, and love. Fans of the Divergent movie will find the book packed with just as much emotional depth and exhilarating action as the film, all told in beautiful, rich language.

One choice can transform you. Beatrice Prior's society is divided into five factions—Candor (the honest), Abnegation (the selfless), Dauntless (the brave), Amity (the peaceful), and Erudite (the intelligent). Beatrice must choose between staying with her Abnegation family and transferring factions.

Her choice will shock her community and herself. But the newly christened Tris also has a secret, one she's determined to keep hidden, because in this world, what makes you different makes you dangerous.

I’m sorry, but Divergent is bad in a way that doesn’t even make me obsessed about how bad it is. I wouldn’t even hate-read Divergent or anything; it’s unpalatable and shallow in a way that is merely disinteresting instead of compelling in its awfulness. Almost all aspects of the book are off-putting (Tris is unbearable, characterization was weak in general, the romance was predictable and tiring, and for a dystopian book that should be inherently political, it fails to deliver anything of substance) so to save everyone the time, the following is just why I don’t believe the book would make sense to even people with bad taste:

1. Worldbuilding, or the lack thereof. Nothing was ever adequately explained, and the logic behind everything including the backbone of the book’s society was riddled with holes. Nobody should have had the chance to exist as they did in the circumstances that they were in.

The book opens by telling you that there are five factions: Candor the honest, Abnegation the selfless, Dauntless the brave, Amity the peaceful, and Erudite the intelligent. They were created to ensure that society is efficient and peaceful, which is an interestingly contradictory setup because the factions by themselves are living perpetrators of segregation, discrimination, inequality, oppression, and competing belief systems. Those are historically almost always the leading causes of war and discord-- and these groups aren’t even countries this time, these are factions in a single society (with one faction controlling the government!!). How are they still alive and how have they been "living in harmony" for more than a single generation? You never find out until Book 2, but you won’t be getting to Book 2 because you’ve been driven away by the insult that is Book 1. Personally, I believe Book 2’s “solution” to this matter is badly crafted anyway, but. We're not here for that.

We are also somewhat told what the factions do, and the substance given is sad. The two most egregious examples are, fittingly, the factions that are given the most attention. Abnegation runs the government while its culture is being a complete pushover. Look, a single faction controls the government… and no one even lodges any complaints. The most criticism of it was that the smart faction should be running the government, not the selfless one, which still neglects to mention that a single faction should not be controlling the government; how did these factions last more than a decade?! Abnegation should have been toppled from power generations ago! Abnegation’s philosophy doesn’t let it push back against three obnoxious factions of Intelligence, Muscle, and Honesty. They run the government so they technically can control the other factions, but they don’t and they don’t actually have a way to enforce the rules that everyone follows-- their security force is a whole other faction. At some point, Roth tries to pull the "government oppression" card for the plot (it's barely even relevant considering how whacked-up everything else is so this isn't a spoiler), and yeah, that doesn't work. Speaking of which, the Dauntless are supposed to be security but as the main character soon finds out, they are reckless daredevils with no morals half the time. This isn’t even a surprise because their favorite pastime of jumping out moving trains for no reason appears in Chapter 1. The soldiers of a dystopian society with barbed wire around the entire city are undisciplined punks that are full to the brim with “cool kid” tropes. They have camp activities, random knife throwing, and just brawling in their training. How does this society manage to function at all, let alone achieve any sort of progress?

Also, the jobs that are supposedly assigned make no sense. The selfless people get healthcare and politics, the brave people get guards and police, the knowledgeable people get research and news, the friendly people get farming, and the honest people get law and…? What does Candor get? I would think they could do news, but we’re told that Erudite does that. Is one-fifths of the population composed of lawyers? Okay, that might be nitpicking. But why is healthcare given to Abnegation when it requires almost a decade of studying? I’m not sure the desire to help others will help you with the tools to help others.

And like before, there is no way one faction has been running the government. The main plot of Divergent is based on the idea that somewhere along the line, people were content with putting one group in all the power. The factions are horribly written! Everyone is scared of being factionless and the abstract idea of war, there isn’t crime or anything like that. What’s the economy like? Well, we never know. Why did the factions form? We don’t know that either, but the environment seems to be okay other than the fact that no one ventures outside of the city. To prove that I’m not being as nitpicky as I can be, I’ll be super nitpicky here: why is Lake Michigan a whole marsh if everything else is perfectly fine?! No one else is fighting Chicago over water now that it’s scarce, either? Also, if you do the math or even vaguely think about the math, it is impossible for Amity to be sustaining Chicago with its farming. It is said that Roth wrote Divergent in one month, and it really shows in how poorly planned every aspect of the world is. All of this breaks the reader’s suspension of disbelief, and any story placed in such an environment would undoubtedly fail. Which Divergent’s story did.

2. Plot, story Nothing that excitingly relevant happens in the first 400+ pages because they are dedicated to Tris getting initiated into Dauntless, a bad concept considering how poorly constructed the faction is even when compared to the other poorly constructed factions. But okay, have fun playing Capture the Flag with daredevil stunts. Tris finds love in Four, a mysterious, smouldering man who happens to have a tragic past and a wounded heart. Broody and tough, gentle and soft at the same time. This was a genius move on Roth’s part, because YA fiction is looking for more love interests like that. Okay, I’m not here to complain about Four-- the plot and story don’t even make sense outside of him.The story hinges on Tris being Divergent, which is being suitable for multiple factions. Divergent people are prosecuted. This is a pathetic excuse of a plot device. How come so few people are Divergent? Do so few people have multiple skills? Selflessness and kindness go hand in hand, how come Abnegation and Amity experience such a clear divide? So many people speak their mind and are smart at the same time, that’s no coincidence in our society, how is this society managing to exist without people like that? You find the answer in Book 2 and the answer doesn’t make sense either. In Book 1, you’re left with that broken suspension of disbelief. You can be like “Oh, it’s the trait they value the most and this hole is covered up!” Except that it’s not, because everything is clearly set up for your faction to encompass the traits you demonstrate, not value!

The whole “Divergent” status is unbelievable. How are the tests not deciding the faction you actually go to? I would think that you’d be prohibited from choosing another faction than the one you were tested to since branching out is discouraged. Really, why are people allowed to change factions at all? You were raised in Abnegation and now you're learning a whole other lifestyle? Does that not make you divergent? In the book, Christina, a girl from Candor, chooses to be in Dauntless but retains her Candor traits. Is she not Divergent? No, she is not! So how is this working? There was so much wasted potential here. Roth could have salvaged this by saying, “Everyone is secretly divergent. Humans, by their natures, can’t be easily sorted and categorized…” but it’s not a spoiler when I say that because it never happens. Stick around and read the book if you want to see where Roth could possibly go with the “some people are Divergent” plotline because it’s exactly what you would expect from a book so stunningly without substance.

Also, Roth seems to hate blue-collar workers and smart people. The factionless were exactly the “crazy homeless people” trope and did everything necessary (essential workers…) off-page. The villains were laughable, too. It's my opinion that nobody should pick this book up.

Couldn't put it down! 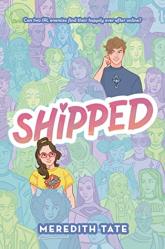 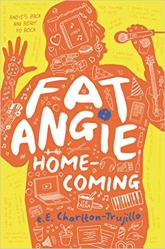 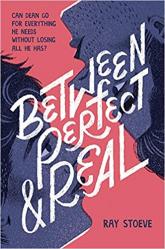