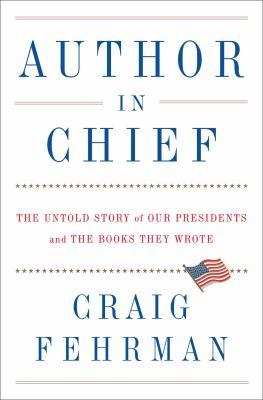 A lively account of the literary achievements (and failures) of America's presidents.Though countless books have been published on nearly every presidential topic imaginable, journalist Fehrman (Home Grown: Cage the Elephant and the Making of a Modern Music Scene, 2013) has found one yet to be covered in-depth: the books that the presidents wrote. While George Washington wasn't much of a writer, the tradition of the U.S. president's donning his influential pen started early and has remained strong, with just a handful of exceptions. Nearly every POTUS has writtenor had written for himeither a campaign book or a legacy book. The author provides both backstories and modern critiques of well-known books such as The Personal Memoirs of Ulysses S. Grant and Barack Obama's Dreams From My Father as well as less familiar titles, including Calvin's Coolidge's surprisingly well-written autobiography. "As a writer and public speaker," notes Fehrman, "Coolidge could be funny, imaginative, even rhetorically forceful when it served his ambitions." Throughout, the author offers highly personal looks at the men who have occupied the White House: "Examining presidents as they write means examining them at their most human." Consider, for instance, John F. Kennedy, who "craved literary fame" but "lacked the discipline to do literary work." Beyond just presidential authorship, Ferhman also paints inspiring portraits of how our presidents consumed books, from Grant ("America's first fiction-loving president") to Theodore Roosevelt ("Reading, to him, was living") to Harry Truman, who "read a stunning number of books." The author goes even further, providing insight on the general history of reading and publishing in America. Overall, the author covers a great deal of ground that even major biographers have skipped over in favor of "sexier" storylines, yet to the book lover, these stories will be unquestionably enticing. Even the footnotes, appendix, and sources offer bookish gems.Fehrman's illuminating blend of presidential and publishing history with literary criticism will appeal to amateur historians and bibliophiles alike.