Skip to main content
REMINDER: The East Brunswick Public Library is closed Sundays during the month of August. 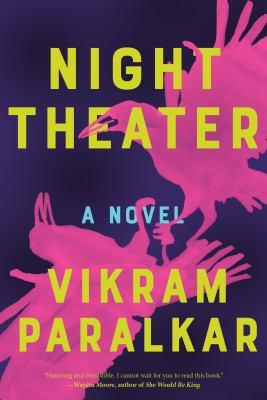 In this otherworldly novel, a cantankerous surgeon in a remote village in India attempts to revive a dead family.A surgeon is about to leave his clinic for the night when a teacher, his pregnant wife, and their boy make a special request. They are undead, recently murdered by attackers, but an angel has promised them that if the surgeon repairs their injuries by dawn, they'll be returned to the land of the living. The surgeon; his only assistant, a pharmacist; and her husband are confronted with an impossible taskto heal these ghost-beings in an antiquated operating room ill-equipped to mend even earthly bodies in a single night. "Whatever he was feeling nowthe fear and fatiguethe night would only magnify it." Physician-scientist Paralkar (The Afflictions, 2014) does not name his misfit cast of characters. Their anonymity alludes to their perilous circumstances and distressing exile. His prose is sharp and melodious, and within these enchanting passages is a haunting contemplation of life, death, the liminal space in between, and the dogged search for resurrection. Resurrection isn't reserved only for the dead, however. The surgeon, though he possesses a heartbeat and other signs of life, is trapped in a kind of purgatory himself. Three years earlier, in an act of revenge against him, a former colleague sullied the surgeon's reputation, forcing him to leave his large private hospital in the city to practice medicine in the middle of nowhere. His bitterness is palpable and tinges every aspect of his days. And yet, underneath it all, he manages to scrape together some semblance of humanity. "We hope that before we die we'll find some final truth, a magic bulb to switch on and make all the wrong paths disappear. Until then, all we can do is walk through thorns and try not to trip."A beguiling and unforgettable fable. Copyright Kirkus Reviews, used with permission.