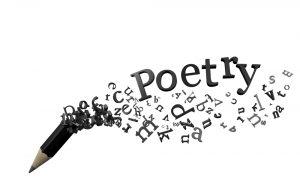 National Poetry Month was inaugurated by the Academy of American Poets in 1996. Over the years, it has become the largest literary celebration in the world with schools, publishers, libraries, booksellers, and poets celebrating poetry’s vital place in our culture.  Organized by the Academy of American Poets, it serves as a way to increase awareness and appreciation of poetry in the United States. The Academy's website Poets.org serves as a hub for information about local poetry events during the month, and we would like to match thier goodwill by celebrating our poetry collection at the library.

Recipient of the Pulitzer Prize and recognized as one of the finest living poets, Mary Oliver is a true standout in our collection.  Influenced by both Whitman and Thoreau, she is known for her clear and poignant observances of the natural world. Her creativity is stirred by nature, and Oliver, an avid walker, often pursues inspiration on foot. Her poems are filled with imagery from her daily walks near her home.  The titles of her works similarly celebrate nature, such as Blue Horses, A Thousand Mornings, and the essay selection Upstream.

When Sylvia Plath died, she not only left behind a prolific life but also her unpublished literary masterpiece, Ariel. When her husband, Ted Hughes, first brought this collection to life, it garnered worldwide acclaim, though it wasn't the draft Sylvia had wanted her readers to see. This facsimile edition restores, for the first time, Plath's original manuscript—including handwritten notes—and her own selection and arrangement of poems.  This publication introduces her works as she truly intended them to be read, making for a wonderfully arranged version.  Red Comet, a recently released biography of Plath, digs deep into her personal life to expose the beauty and hardship that led to the formation of her poetry.

W.H. Auden is noted for his achievement in working the themes of politics, religion, and morality into musical compositions.  Collected Poems brings together his entire body of work in one neat package.  This collection presents all the poems Auden wished to preserve, in the texts that received his final approval. It includes the full contents of his previous collected editions along with all the later volumes of his shorter poems. Together, these works display the astonishing range of Auden's voice and the breadth of his concerns, his deep knowledge of the traditions he inherited, and his ability to recast those traditions in modern times.

If you're looking for a broad work that touches on poetic highlights over the years, there is The Best Poems of the English Language: From Chaucer Through Frost.  This comprehensive anthology attempts to give the common reader possession of six centuries of great British and American poetry.  In the case of all major poets in the language, this volume offers either the entire range of what is most valuable in their work, or vital selections that illuminate each figure′s contribution.