Part 4 of the John Cleaver series

John Wayne Cleaver hunts demons. They've killed his neighbors, his family, and the girl he loves, but in the end he's always won. Now he works for a secret government kill team, using his gift to hunt and kill as many monsters as he can . . . but the monsters have noticed, and the quiet game of cat and mouse is about to erupt into a full scale supernatural war. John doesn't want the life he's stuck with. He doesn't want the FBI bossing him around, he doesn't want his only friend imprisoned in a mental ward, and he doesn't want to face the terrifying cannibal who calls himself The Hunter. John doesn't want to kill people. But as the song says, you can't always get what you want. John has learned that the hard way, his clothes have the stains to prove it. When John again faces evil, he'll know what he has to do.

After the events of “I Don’t Want to Kill You”, sociopath teenager John Cleaver made a deal with Agent Ostler of the F.B.I. to collaborate on killing the demons now known as the Withered. John Cleaver has never worked too well with people (except for the now-dead Marci, of course) and now he’s stuck with an F.B.I. team full of agents more than twice his age. The book follows them as they track and kill what demons they can, which doesn’t always work out. I loved this book. The new characters of the F.B.I. team were well written and I enjoyed their places in the plot. It was interesting to read from John Cleaver’s perspective while he was still grieving over Marci, and although John couldn’t interpret the team’s reactions towards him well, it was great to witness how they were unsettled by his habits sometimes. I really loved how John has improved in being a good person but still sometimes does questionable things. While I can’t spoil anything, the climax of the story was brilliantly done. This book explores John Cleaver’s character so well and the new demons introduced here certainly leave John questioning everything he knows about himself and who he wants to be. This is a beautiful, funny, and gruesome story. I think it’s one of my most favorite books of all time. I really enjoyed the narrator, too-- Kirby Heyborne narrates John’s monologues and quips so well! The quality of the audiobook itself was fantastic. 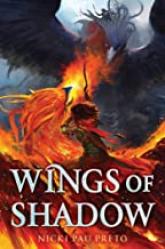 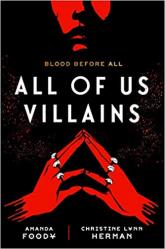 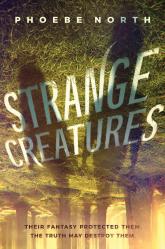