From Page to Scream: Best Horror Films of the 21st Century 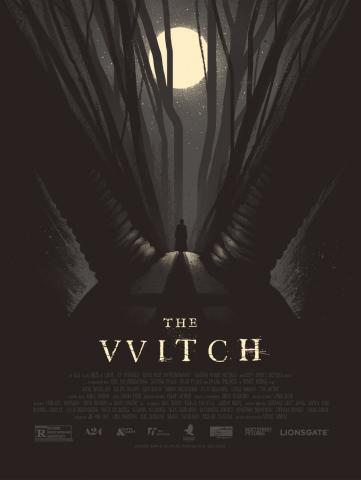 We here at the East Brunswick Public Library would like to offer a sample of our Halloween-themed posts that will be steadily released throughout the month.  Our hope is to cover a wide range of books, short stories, and graphic novels that convey an unsettling sense of terror and creepiness.  To get the series started off right, here are some of the best horror films in our collection from the year 2000 and beyond:

28 Days Later
Made on a budget of just $8 million, this 2002 post-apocalyptic thriller is widely credited with bringing the zombie genre back to life.  Modern society fractures, and, in what could be construed as a foreboding political allegory, reckless factions replace our standard forms of government and authority.  Blending dreadful situations with moments of tenderness and empathy, Director Danny Boyle wonderfully contrasts the architectural beauty of downtown London with a bleak representation of humanity.

The Babadook
A nightmarish scene opens this cerebral 2014 horror film as a mother is rushed to the hospital while her husband is killed on his way there, forever linking the two characters in the most tragic of circumstances.  The character of the Babadook emerges innocently in a pop-up book the woman reads to her child.  It quickly becomes a stand-in for her anxieties of being a single parent and the boy’s frustrations of being raised by an overstressed mother.  The film’s ability to instill fear through the Babadook’s menacing appearance and its relatable metaphor make this a particular achievement in modern horror.

The Conjuring
This film follows a husband and wife paranormal investigation team who are called upon to rid an isolated of farmhouse of a paranormal presence.  Despite their experience in the field, the two cannot imagine the supremely frightening entities that are bound to this home.  This is a classic haunted house picture in which mood and atmosphere underscore the sinister, genuinely disturbing setting.

The Crucible showed that the truly wicked people during the Salem witch trials were those who falsely accused others of being witches.  The 2016 supernatural horror film The Witch tries a different approach.  It asks the audience to believe what many others during that time actually did believe: What if witches were truly threatening the Puritan lifestyle?  What would happen if they lurked just beyond the edge of the forest?
Stephen King tweeted, “The Witch scared the hell out of me.  And it’s a real movie, tense and thought-provoking as well as visceral.”  Coming from one of the forbearers of modern horror, this is substantial praise.

You’re Next
Though not a true parody of the genre like Shaun of the Dead or Cabin in the Woods, You’re Next manages to be a whole lot of fun and contains a nice infusion of humor.  The plot concerns a family gathering at their country home that is under attack by a group of masked assailants.  Characters’ motivations change at the drop of a hat, which makes for a series of interesting twists and turns throughout the story.  In this way it kind of feels like a screwball comedy written by Agatha Christie, which is an intriguing combination of styles.
Are there any notable omissions from our list?  Any that you disagree with?  Feel free to let us know!