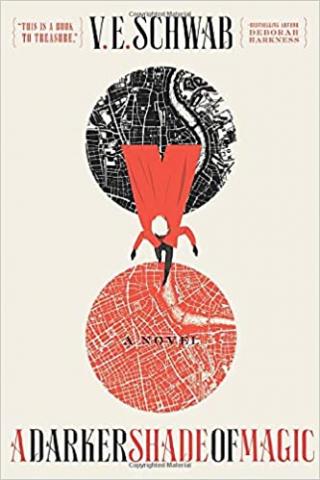 Heist fantasies offer the magic, action and adventure that will keep you turning pages while they also feature characters on the margins of society, grifters and scrappy survivors whose struggles and high-stakes schemes and scrapes propel the narrative. While these fantasies offer characters you will root for, they present the thrill and danger of life lived on a knife’s edge. Here are some examples of standout heist fantasies from our collection:

Leigh Bardugo’s teen fantasy duology Six of Crows and Crooked Kingdom introduce a motley cast of characters led by Kaz, a mysterious young man known as Dirtyhands who masterminds a den of thieves in Ketterdam’s Dregs. While the characters are teens, this is a dark fantasy world of deep class distinctions and the youth in Kaz’s crew have all encountered very adult, traumatic events in their lives. Their mistreatment by the world bonds them as they undergo a suicide mission trying to break out a man with valuable secrets from the most heavily guarded stronghold in the land.

Foundryside by Robert Jackson Bennett
Sancia is a crafty thief, a young woman with a troubled past and a body that has been altered for reasons unclear to her. In this world, objects are scrived with magic to do the bidding of their spells–scrivening powers carriages, warehouses and more. Powerful houses control the city and each strive to unlock secret magics that were lost to time. Sancia’s latest job sets her on a heist that may just mean her life as the underbelly of the ruling families’ machinations come closer into her view. A fast-paced, character driven and atmospheric fantasy that ends with a promise of more. The clever magic systems and headstrong heroine reminded me a lot of Brandon Sanderson’s Mistborn: The Final Empire.

A Darker Shade of Magic by V. E. Schwab
There are four Londons, each a strange mirror of the other. One man strides through all of these worlds, even to the worlds where magic has died. Kell smuggles magical artifacts for a price, despite the fact that it is strictly forbidden. When Kell’s path crosses with the spitfire thief and aspiring pirate Lila, they find themselves both entangled in the darkness that is unleashed when a thieved object opens a veritable Pandora’s box of power. Fast-paced, dark and violent, this is a fantasy for thrill-seekers.